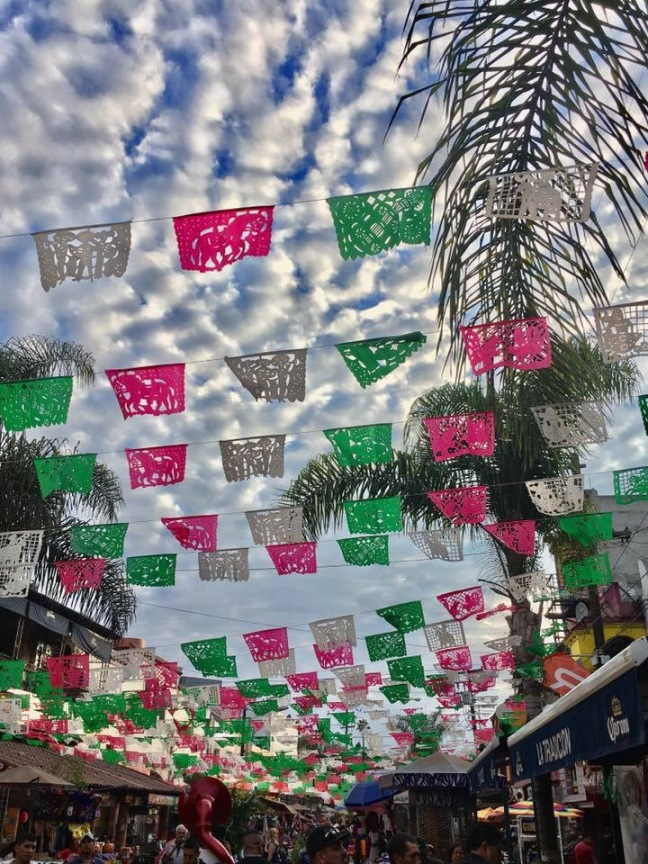 I had read all of the US State Department warnings about Tijuana, Mexico and felt confident that if we stayed in certain areas and left before dark, we’d be fine.  My wife Kimberly and I like to do things just a little bit different and she had never been to this city. So on a trip to San Diego we thought that spending part of a day in Tijuana would make for an interesting day trip. Little did we know just how ‘interesting’ it would be!

We decided it would be best to leave our rental car in San Ysidro on the American side of the border and walk across to the Mexican side rather than deal with the traffic and challenges of driving in an unfamiliar foreign city.  I’m not even sure that taking the rental car into Mexico was permitted so we decided that a walk across the border was probably the smartest thing to do.  As soon as we exited Mexican customs, we passed soldiers armed with assault rifles, fingers on the triggers.  Ominous perhaps, but even (especially) in America we have heavily armed law enforcement present at border crossings and airports.

I had read about a place in the city called ‘Taco Alley’ that was reputed to have some of the best tacos in Tijuana and we wanted a taste for ourselves.  Anthony Bourdain had visited this collection of taco stands and raved about it and since it was close to lunchtime, we thought “why not?” So I used the navigation feature on my cell phone (first mistake) to help get us through the city to ‘Taco Alley’ without getting us lost or bumbling our way into a bad area.  When walking instead of driving, some cell phones have the navigation feature orient to the north rather than the direction of travel.  It took me an astonishingly long time to realize this and when I did, we were just outside of the Tijuana Brewery (somehow, I always end up at a brewery) and that was for once not my intended destination.  My phone has a feature to re-orient the map to the direction of travel and once I did that, we were able to start heading in the right direction.  So we crossed the street and just as we did a black four door sedan with very dark tinted windows pulled up right alongside of us. A man with an assault rifle jumped out of the front passenger side, just behind us.  The car sped off and we just kept walking, a mixture of part shock and part afraid to look behind us.  When we finally did, the guy with the assault rifle was gone!  Poof, just gone!  We have no idea where he went, if he was a soldier, a police officer, drug cartel, or a hunter (joke) but it rattled us. Maybe this is why we didn’t see any other Americans that day while we wandered all around the outer bounds of ‘touristy’ Tijuana?

Shockingly, after the incident with the gunman, we still made our way to ‘Taco Alley’ and I would say that we admittedly couldn’t be sure what had just happened.  Taco Alley was bustling with lots of lunchtime locals which gave us confidence that we had chosen wisely.  I had heard that something called lengua tacos were the best of the best so I ordered a couple.  My understanding was that a lengua taco was sort of like pot roast, which sounded amazing on a taco.  The meat was taken out of a drawer and quite honestly didn’t look too good but at this point there was no turning back.  They were so good!  It wasn’t until I returned home that I found out that lengua tacos are not pot roast tacos, they are tongue tacos!  I still to this day can’t believe that I ate a tongue taco, albeit unintentionally, but I’d do it again!  I now know that the meat that came out of the drawer was a giant tongue and that’s why it didn’t look like pot roast. Kimberly had the carnitas tacos and is still glad that she didn’t order what I did.

After lunch, we slowly made our way back towards the tourist part of Tijuana near the border, stopping at restaurants along the way to have a beer or two while sitting outside at every opportunity. By far the best place we found to relax and have a drink was in the Plaza Santa Cecilia near the Tijuana Arch.  The area has a great vibe and has to be the most colorful area in the city.  It was the perfect place to unwind before going back across the border.

Tijuana was definitely a unique experience although I would say that we never felt truly comfortable and safe.  Although the moment when the guy jumped out of the car with the rifle was unnerving, nothing bad actually happened to us while we were in the city and we now have a story to tell for years to come.  Maybe nothing bad happened to us because we were lucky, or maybe it just isn’t as bad as people told us it was. Either way, we left Tijuana unscathed, with stories to tell, and a new appreciation for how to use the navigation app on my phone.