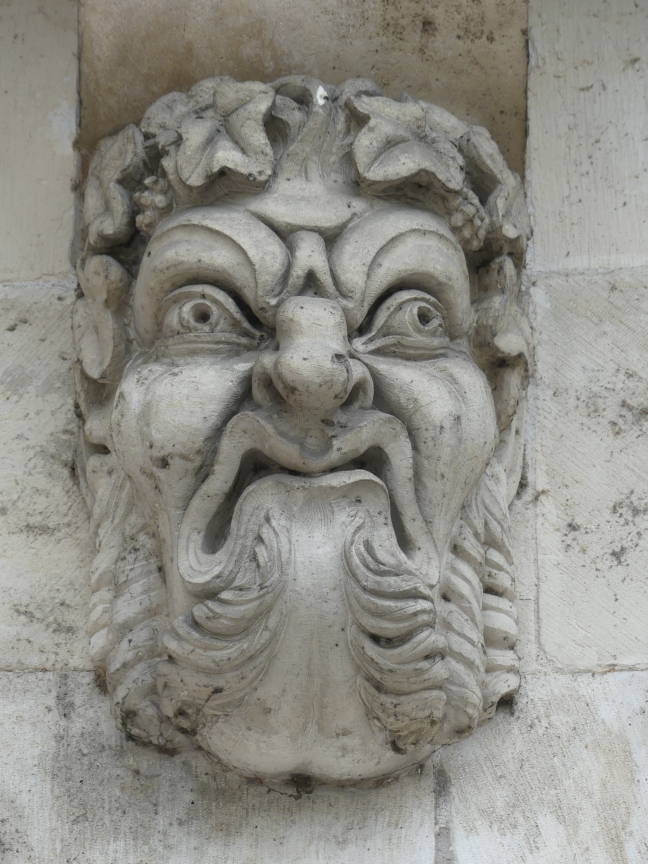 I had prepared for my visit to Paris for months. Because I had heard all of the rumors that Parisians were rude to those who didn’t at least make a modest attempt to speak their language, I had practiced French nearly everyday for months in an attempt to not be the typical American who could only speak English. I really cared about respecting the culture and figured learning a few phrases would show that I was not some pretentious American.  I also researched where to go if you were pressed for time, being that I only had about 9 hours in the city.  The whole reason to visit Paris was to take my dad on the most unique day trip possible within a few hours by train from Amsterdam.  The choices were between Cologne, Luxembourg, and Paris (since we had already planned a day trip to Bruges).  So I imagined that Paris would be the most unique of the bunch but as you can tell from the title, things didn’t go so well.

The first sign warning sign that this day might not go so well was the day before we were to arrive when I heard the news that a fire at the Norte Dame Cathedral had destroyed a large portion of the church.  This was to be our first stop on “Le Grand Tour”.  The second jolt came when we were standing in Centraal Station in Amsterdam as I let my dad know that the surprise day trip was to Paris.  Not so much as anything remotely resembling any excitement.  He said “Paris huh?”, to which I replied “yup”.  “Eiffel Tower huh?”, to which I replied “yup”.  This was going to be great fun!!!

Three and a half hours later, we arrived at the hustle and bustle of Gare du Nord in Paris.  We had just started getting used to Amsterdam and all of its unique personality and now felt dropped into another world, one where English is not as common as where we had started our day.  First things first, dad needed to use the toilet and in Paris that means you have to pay, about € 0.50.  This was to me an opportunity to get rid of some loose change but to my dad…this was an outrage.

Next up was a lesson on the Paris Metro.  My dad and I had mutually decided that we would try to use public transport rather than take the easy way and take an Uber or a hop on hop off bus.  In hindsight, this was a big mistake.  We were told that the Metro stop closest to Notre Dame was closed due to the fire the previous day so we needed to get off one stop early, which would have been fine if we had taken the train in the right direction to begin with.  It took one stop to realize we were going the wrong way and we expected a mistake or two during our visit to Paris so hopped off and then hopped on the correct train.  When we exited the dark Metro line and came up to the bright light above, I had no idea which way to go and had to use the compass app on my phone to figure out where Notre Dame was.  But all we really needed to do was to follow the crowds of people trying to see the aftermath of the previous days fire.  It was pure madness!  There were people everywhere, police everywhere, barricades everywhere, TV crews everywhere!  We glimpsed the famous yet damaged cathedral only from a distance and decided to head down to the Seine for a walk along the famous river to see the famous glass pyramid outside of the Louvre instead.

Along the Seine, we noticed a police boat directing tourist boats to turn around.  The apparent reason for this is that they had divers in the water possibly searching for a body.  My Dad had worked for years on the Brooklyn Bridge as an iron worker and had seen this sight many times before so we were fairly certain why they were there.  Although curious, we decided that seeing a body pulled from the river was not a memory we wanted of Paris so we continued on our walk to the Louvre.  Seeing the glass pyramid was great to see but perhaps the best part was seeing all of the people trying to take a picture with their finger touching the point of the pyramid, much like tourists who pretend that they are holding up the Leaning Tower of Pisa.  What makes this fun to watch is to look at them pose for the picture from an angle that isn’t directly in line with the pyramid.  They look a bit like they’re having to act out the “I’m a little teapot” song.

After leaving the Louvre,  it was on to an appointment with a guide at the Eiffel Tower.  This, I was really looking forward to.  The only thing that stood in our way was another ride on the Metro.  With some help from the ticket lady, we believed we had all the right information to get on the correct train, which we didn’t. This time, the train went the right way but instead of taking us the two stops to Champs du Mars and the Eiffel Tower, it went one stop and then turned right back around and deposited us back at the station we had just left.  I went back to the ticket lady and she scolded me because she had told me not to get on that train, but to take the second one.  She was right!  After receiving new instructions, we jumped onto the correct train this time and made it to our scheduled rendezvous (see I do speak French) with our Eiffel Tower guide and had barely ten minutes to spare.

The Eiffel Tower is everything it’s advertised to be! It is strikingly beautiful and is unique to both the city and the world.  The problem is that everyone wants to go up this iconic tower and that is the only bad thing I have say about it.  The lines for the elevators are long even with a reservation and going all the way to the top was out of the question, since we were so pressed for time.  We had to get back to the train station for the last train back to Amsterdam, while having to fight the Paris rush hour to get there (or the Metro). This time there would be no more mistakes on the Metro, so Uber would battle traffic on our behalf and would take all of the drama with it away.  We made it back to Gare du Nord in plenty of time, enough even to get our first and only Parisian meal, Five Guys.  Admittedly, a Five Guys burger never tasted better! 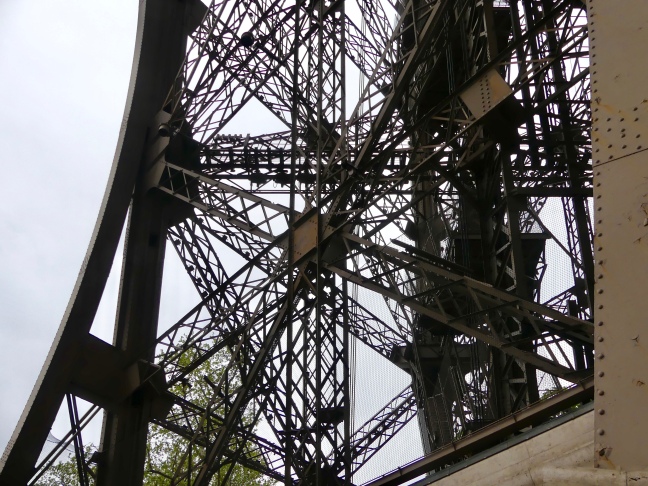 A few notes about Paris:

So it was an epic fail but maybe next time will be better!

Wildlife of the past couple of weeks.
RGB. A cardinal sits on top of a saguaro that is bearing fruit just before the monsoon rains come to Arizona. This particular saguaro has been a battleground for territorial birds of all types. This is the first and only cardinal we’ve seen on top of a saguaro.
A couple more snake pix. Picture one is of a western ground snake and picture two is of the highly venomous coral snake.
I never knew that moths can be green. Luna moth photo by @copleypenny