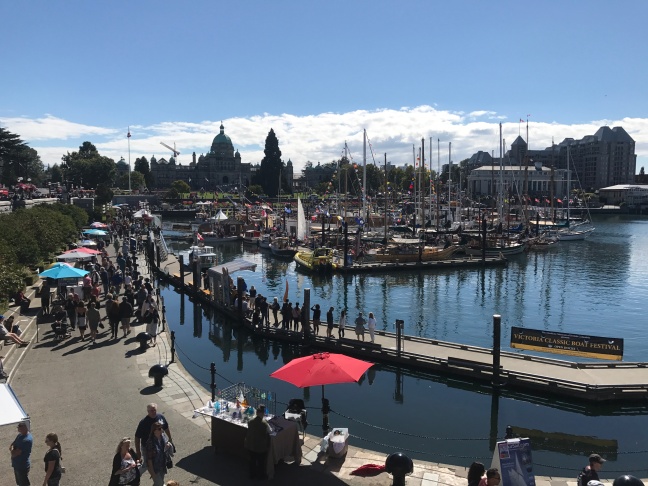 I didn’t know what to expect when I boarded the ferry in Port Angeles, Washington for the 90 minute ride through the strait of Juan de Fuca heading for Victoria, British Columbia. My wife and I were planning a day of bike riding through British Columbia’s capital city but we were going at this without much of a plan. Normally, I like to plan things to a meticulous degree but this time the plans were essentially out the door.

I had read a little bit about Victoria online and I wasn’t really sure if there was enough to do there to make a full day trip out of it. My parents had gone here before and said they wouldn’t go back and actually declined our invitation to join us.  At a minimum, we thought maybe the bike ride would be nice as there seemed to be several decent bike paths throughout the city. So we decided to give it a try, booked the ferry fare, grabbed the bikes and went across the strait to see what happens.

As a starting point, Port Angles is not the most scenic way to begin the journey but it felt safe and there were lots of families around getting ready for the ferry.  The trip across took about 90 minutes and wasn’t particularly interesting until the final approach to the inner harbor of Victoria. As you approach the city, there is a lot to see, all at once. There are really cool (tiny) water taxis taking people from one part of the harbor to another, seaplanes are taking off and landing in the middle of the bustling harbor center, kayaks and paddle boards are all over the place, and all of this could be seen before the ferry even docked. Reasons to be encouraged? Yes!

Once we landed, bagpipes could be heard along the waterfront while totem poles and stately buildings could be seen on all sides. Although the area was busy, it definitely had a relaxed vibe that you don’t get in some of the larger cities and I felt comfortable here straight away. After a quick stop at the Visitor Information Center to get our bearings straight, we headed across the bridge to the Galloping Goose Trail and followed it for a couple of hours before turning back to the city. The trail system here is well maintained and there were many offshoot trails that could be taken in most any direction. Tempting yes, but we only had a short stay and had the city center to explore still.

Next up for us, and it’s this way when I travel anywhere, is to sample a local brewery or two. First up and very near to the bike trail was the Canoe Brewery and Restaurant which had a great patio that overlooked the water and was a perfect spot to have a drink after being out on the trail (I had the Helles). While siting on the patio, seaplanes fly overhead, making this one of the more unique places to sit and have a beer that I’ve been to. After that was a short half mile pedal to Vancouver Island Brewing which is a little off of the main tourist route (but not by much) and was worth the extra time and effort. The brewery sits just outside of Chinatown which is the oldest Chinatown in Canada and was also worth the visit.  There was a greater selection of beers here and a flight was only $5, which made trying four different styles the way to go. I recommend the Twisted Stalk Blackberry Helles but all four of the beers we tried were very good.

Short on time, we made a quick detour into Chinatown to have a look at Victoria’s Chinatown and the world famous Fan Tan Alley.  I love strolling through city alleys (at least the safe ones) and this was one of the best ones I’ve seen. It was impossibly narrow and barely fit the bike down the narrow lane.  Even still, biking was definitely the way to get around the city.

After Chinatown, it was back to the ferry for our late afternoon departure and we were regretting our decision to not spend more time here and we didn’t even visit the number one attraction in bike pathsVictoria, Butchart Gardens.  I am not in a position to say how much time you need to explore this beautiful city but I can tell you that one afternoon was definitely not enough. At least a couple of days next time! 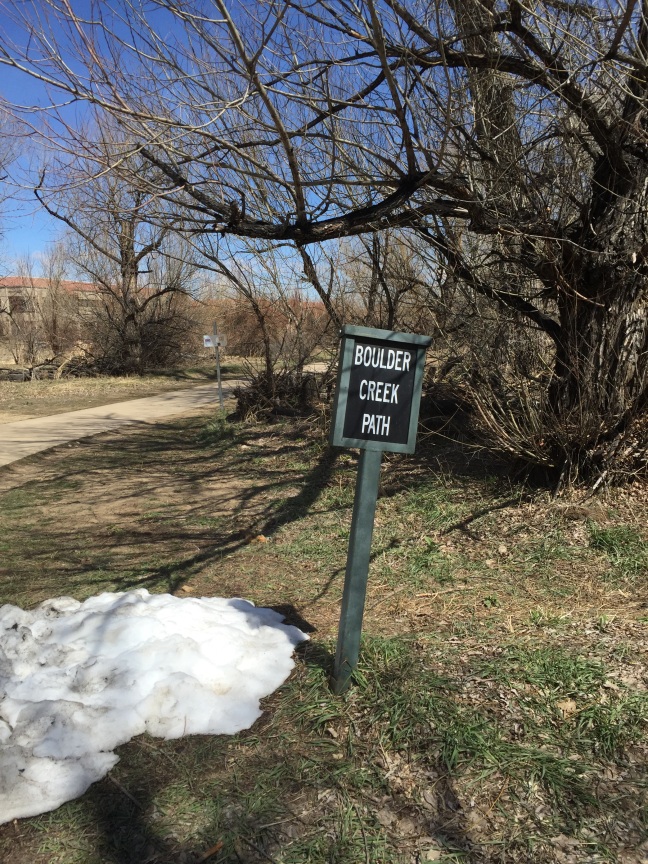 I work in Boulder Colorado and get to enjoy biking the Boulder Creek Path at lunchtime.  Boulder has an interesting mix of people that use the path and it is quite popular.  The path can get pretty crowded with lunchtime athletes, students, and tourists.  As a courtesy, bicyclists commonly say “on your left” as they pass pedestrians or slower moving cyclists to avoid crashing into them.  The pedestrian has the right of way and it is the cyclists responsibility to avoid them.  Sometimes, you could expect to be scolded for not saying it loud enough or not at exactly the right time.  So in the spirit of some of the great wars between outdoor groups like rafters versus fisherman, snowboarders versus skiers, and hikers versus mountain bikers, I offer my take on the cyclist versus the pedestrian.  Here are my top five reasons for not giving the pedestrian the courtesy of the “on your left” shout out anymore: 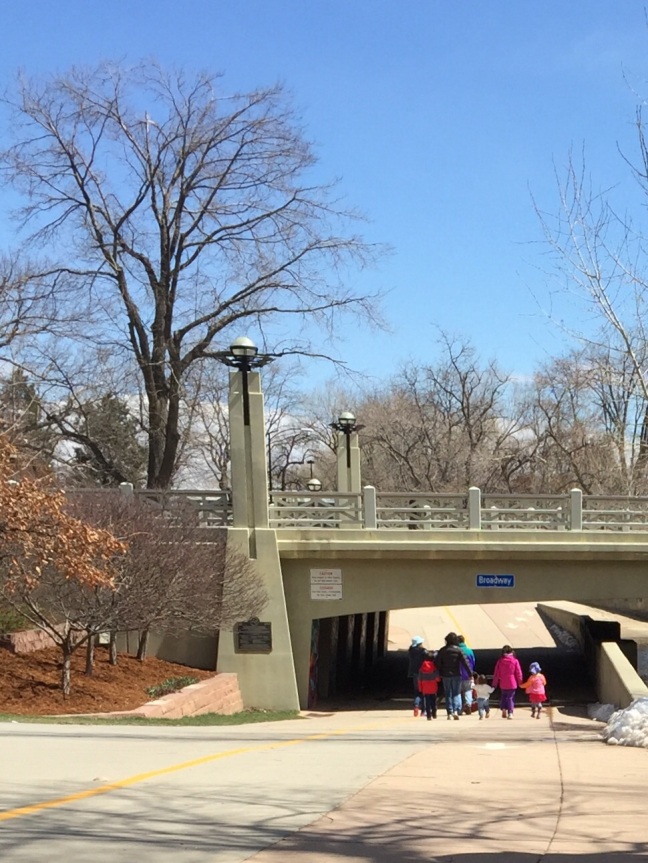 After all of these top five humorous yet sometimes annoying reasons to not say “on your left”, I still find myself giving everyone the courtesy of saying it regardless of how many people may not know their left from their right (after possibly eating too many ‘special brownies’).  I just make sure that they don’t have headphones in, aren’t high, they  aren’t tourists , that they look like they have common sense, and that they know that having a bike crashing over them like a speed bump would be bad for them and the cyclist.  But it will most certainly be the cyclists fault! 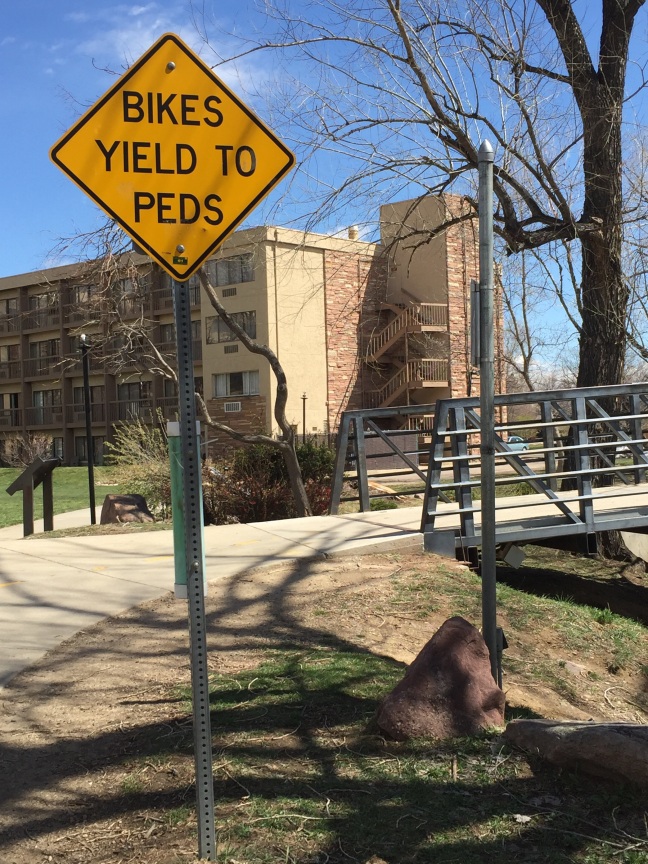